Russian Cultural Expo and Conference to take place at WMU

KALAMAZOO, Mich.—The 100th anniversary of the fall of the Romanov dynasty and the 1917 Soviet Revolution will be recognized Saturday, Nov. 4, during a Russian Cultural Expo and Conference at Western Michigan University.

WMU’s Department of English is hosting the free event from 10 a.m. to 4:30 p.m. on campus in Brown Hall. It is being co-sponsored by the Kalamazoo Russian Cultural Association, which is now holding the Kalamazoo Russian Festival every other year, with the next festival scheduled for fall 2018.

The Russian Cultural Expo and Conference will feature a series of lectures and presentations, as well as performance of a play and a reading from a novel set in 1917 Russia. Participants will include a variety of Russian scholars from WMU, Michigan State University, Grand Valley State University and Spring Arbor University, each highlighting Russian literature, politics, culture, history or sociology.

“Our scholarly events continue to attract students, educators and the general public,” says WMU’s Judith Rypma, who is directing the expo and conference and has been involved in Russian-American relations in one role or another for more than 30 years.

“As the political relationship between the U.S. and Russia sadly continues to deteriorate and spawn multiple misconceptions about each other, it is essential that we attempt to foster a better understanding of our cultures. The Soviet Revolution was one of the major events in world history, and it makes sense to examine it more closely.” 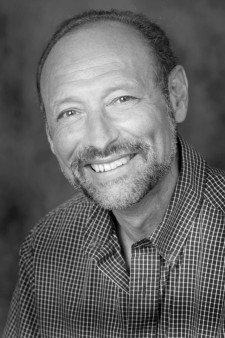 A highlight of the expo and conference will be the keynote talk titled “It Had to be Revolution: Russia’s Great Leap” at 2 p.m. in Room 1028 by Dr. Lewis H. Siegelbaum, MSU emeritus Jack and Margaret Sweet Professor of History. Siegelbaum will examine why the 1917 Revolution occurred. Was it only or mainly because of the devastation of war; why did a small previously conspiratorial group of Marxists known as Bolsheviks defeat their myriad enemies; and what does it all mean for the United States and the American people?

The day’s other presentations are as follows:

Direct questions about the expo and conference to Rypma at judith.rypma@wmich.edu or (269) 387-2628. For descriptions of the presentations, visit the Kalamazoo Russian Cultural Association website at kzoorca.org.