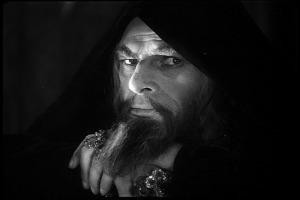 Joan Neuberger (History, University of Texas at Austin): “This Thing of Darkness: Eisenstein’s ‘Ivan the Terrible’ in Stalin’s Russia,”

Prof. Neuberger is a historian of modern Russia. Her talk will examine the film “Ivan the Terrible,” commissioned in January 1941 by Stalin from the great Soviet director, Sergei Eisenstein. How do you make a movie about a murderous tyrant in a country ruled by a murderous tyrant? Critics and viewers long believed that Eisenstein suppressed all political critique so that he could experiment with film aesthetics, but his extensive production notebooks show that he decided to confront questions of power — and its excesses — head on. The result is one of the most important explorations of modern power and violence to come out of the Soviet Union.

Prof. Neuberger’s talk is sponsored by the Jack and Margaret Sweet Professorship in History, the Department of English/Film Studies, and the Center for European, Russian and Eurasian Studies at MSU.

Light refreshments will be served.