17 MOMENTS IN SOVIET HISTORY, a multimedia archive of primary materials, is back online at 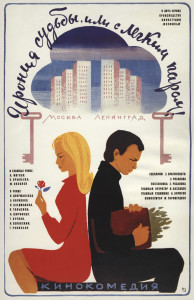 The website, the brainchild of MSU’s Lewis Siegelbaum and Jim von Geldern (Macalester College), initially received generous funding from NEH and logistical assistance from Abamedia, a media production company. It went online in 2001. The site contains thousands of Soviet-era written documents, film clips, songs, audio recordings, and other primary sources, organized chronologically and thematically. The name of the site was inspired by “Seventeen Moments in Spring,” an immensely popular television series that ran in the USSR in the 1970s. Each “moment” corresponds to a year around which the material is organized. Within a few years, tens of thousands of students in the United States and abroad were using the site every year as a source base to learn about Soviet history. In 2006, it had an upgrade and was scheduled for another one last year when it was hacked by unknown malefactors.

After several months of assessing the damage and soliciting bids for a new host, Lewis, Jim, and Amy Nelson, a third partner from Virginia Tech, were rescued by Matrix. A team of students under the direction of Jackie Hawthorne worked tirelessly from May to early September 2015 to rebuild the site. Over the next several weeks, we will be completing the content import and putting the finishing touches on the new interface but for all intents and purposes, the archive has been reborn with a more responsive layout (works on tablets and smart phones), updated design, and enhanced navigation features.