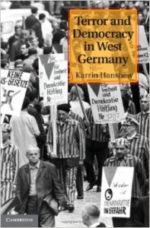 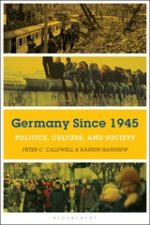 I am an historian of modern Europe with a particular focus on Germany and, more recently, Italy after 1945. Generally speaking, I am drawn toward historical subjects that transcend national boundaries and that resonate with present-day society, culture and politics. My commitment to the fields of contemporary and transnational history and my strong political and social bent is evident in my research interests, which include: terrorism and political violence; nineteenth- and twentieth-century social movements; the politics of the left and of resistance; postwar reconstruction; and Europeanization and the EU.

My first book, Terror and Democracy in West Germany (Cambridge University Press, 2012), uses the example of West Germany and, more specifically, the terrorist attacks of the 1970s, to investigate the problem of how a democracy can successfully defend itself and still remain democratic in the process.  To be sure, the Federal Republic was hardly the first or the last state to confront this question. But memories of the Weimar Republic and the Third Reich added to the perceived crisis, as West Germans fought to contain not only the violence of so-called terrorists but also that of the well-armed state. In the end the book argues that, contrary to what we might expect, the experience of terrorism (and counter-terrorism) proved productive: at the end of the 1970s, West Germans revised their previous conclusions regarding democracy’s viability in Germany and helped reshape West German political culture as a result.

My current project brings together a number of different research strands — tourism; food; migration; international diplomacy; politics of the right, left, and center — to reveal Italy’s particular importance for Germany’s moral and psychological re-founding as well as its political and economic reconstruction after World War Two and Nazism.   For several generations of Germans, in the east as well as in the west, Italy served as both a physical place and an (imagined) alternative path from which to confront (and, yes, sometimes to escape) the specific challenges and disappointments of postwar Germany. In this, Italians were not passive bystanders or mere “screens” for German conceptions of difference; they actively cultivated relations with Germans, collaborated in their political aspirations, and, as migratory workers and entrepreneurs, lived among West Germans.  In other words, postwar Germans’ love affair with Italy was very much an entangled affair and Germans were not quite the unrequited lovers we assume them to have been. If, after 1990, this affair serves no greater purpose, it still resonates powerfully in EU economic politics and cultural concerns about Germany’s — even the globe’s — “Italianization.”

In October 2018, Bloomsbury Press published Germany Since 1945: Politics, Culture, and Society, which I co-authored with Peter C. Caldwell. It is the first survey of German history in either English or German to cover the entire postwar period, starting with the end of WWII and ending in late 2016; to write East and West Germany together, if not in each chapter, then in the structure and weight accorded both postwar Germanys (though not absent in other accounts, East Germany – as the “loser” of history – is given short shrift and the socialist experiment is rarely if ever taken seriously); and to devote significant space to the post-unification period in recognition that the post-1990 Berlin Republic has now outlasted the Weimar Republic.