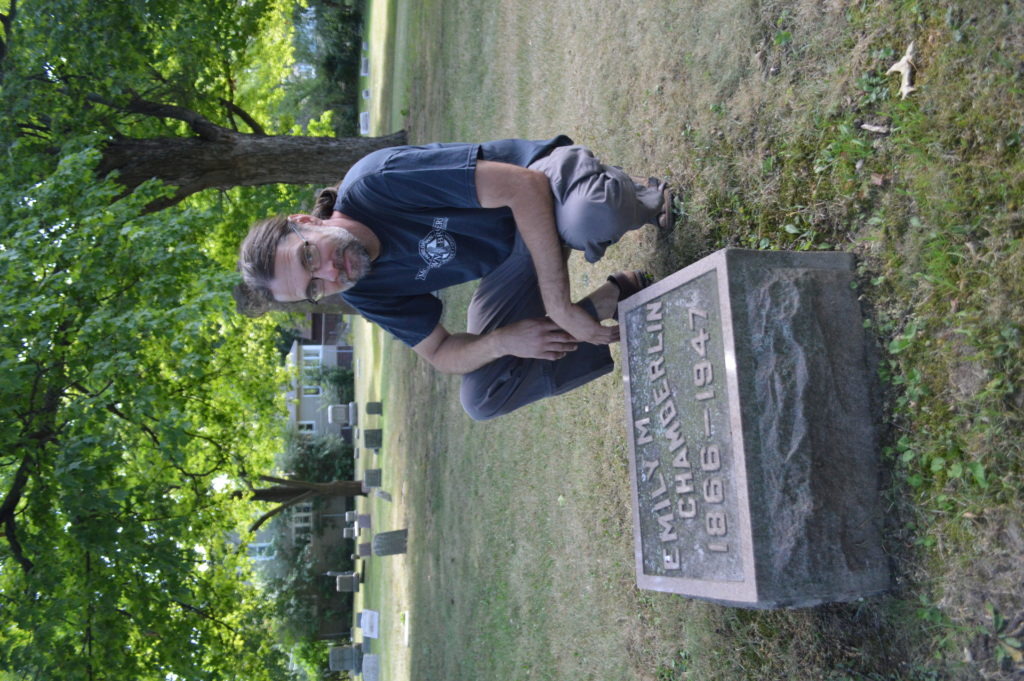 I am a first-year doctoral student studying the history of food systems in the United States, more specifically my research looks at public marketplaces and gardening programs of the Progressive Era. My previous research uncovered the contested origins of farmers markets in Grand Rapids, Michigan and I plan to extend this line of inquiry to the other Michigan municipalities, framing my findings within social movements of the Progressive Era such as universal suffrage and municipal welfare reform. I come to the MSU history department after a couple of decades of food systems scholarship, teaching, and practice from a variety of disciplines and perspectives.

As an anthropology undergraduate at Grand Valley State University in the early 2000s, I conducted ethnographic fieldwork to investigate the motivation of consumers at the Holland Municipal Farmers Market in Holland, Michigan. My findings aligned with much of the literature on farmers markets at the time: the local food movement is supported by those with high economic and cultural capital and tends to exclude others. In 2004, I presented my research at the Central States Anthropological Society’s annual meeting where my paper, Local Food as a Distinction of Taste, was awarded best undergraduate student paper.

After earning a bachelor’s in anthropology I increased my involvement with the local food system in Grand Rapids after my wife Kelly, who was the community organizer in our neighborhood, caught wind of the City’s plan to disinvest the historic Fulton Street Farmers Market. Tom Cary (now managing MSU’s Beginner Farmer Program) and I hatched a plan to save the market by transferring management to the Midtown Neighborhood Association, and I took on the manager role at the market. I stepped down as manager after three seasons between 2005 and 2007 to pursue my master’s degree at the Community, Agriculture, Recreation, and Resources department of MSU (now Community Sustainability).

Curiosity about the history of the Fulton Street Market led to my thesis, “Broadening the Concept of Civic Agriculture: The History of Civic Food Systems in Progressive Era Grand Rapids, Michigan.” I found that the Fulton Street Farmers Market existed on account of a movement led by politically connected upper class women in Grand Rapids. Their goal was to provide reasonably priced, healthy food for working class households leading up to, during, and after the First World War. Convincing local capitalists who monopolized food distribution to apportion public funds to marketplaces that cut out retailers was no small feat. I argued that farmers markets and gardening programs started through progressive reforms in the first quarter of the 20th Century can be considered part of an alternative food system which operated through public support in opposition to emerging monopolistic industrial food streams. Part of this research was published as a chapter in Cities of Farmers, a textbook on urban agriculture.

For the last eight years I have been honing my skills as an instructor at Aquinas College and Grand Valley State University. At the same time, my focus on the Grand Rapids food system has shifted. Our city’s massive development over the last decade has increased inequities in access to local food. I now am a proponent of smaller neighborhood markets (like the original Fulton Street Market prior to its multi-million-dollar facelift) and currently participate as a board member/consultant for the Cesar E. Chavez Market. This small, neighborhood-led market sits nestled in the Roosevelt Park Neighborhood in southwest Grand Rapids and is proving to be successful in its second season.

Courses taught at other institutions:

2017. “The Establishment of Gardening Programs and Farmers Markets by Grand Rapids Women’s Clubs in the Early Twentieth Century.” In Alfonso Morales and Julie Dawson, Cities of Farmers: Problems, Possibilities and Processes of Producing Food in Cities. University of Iowa Press