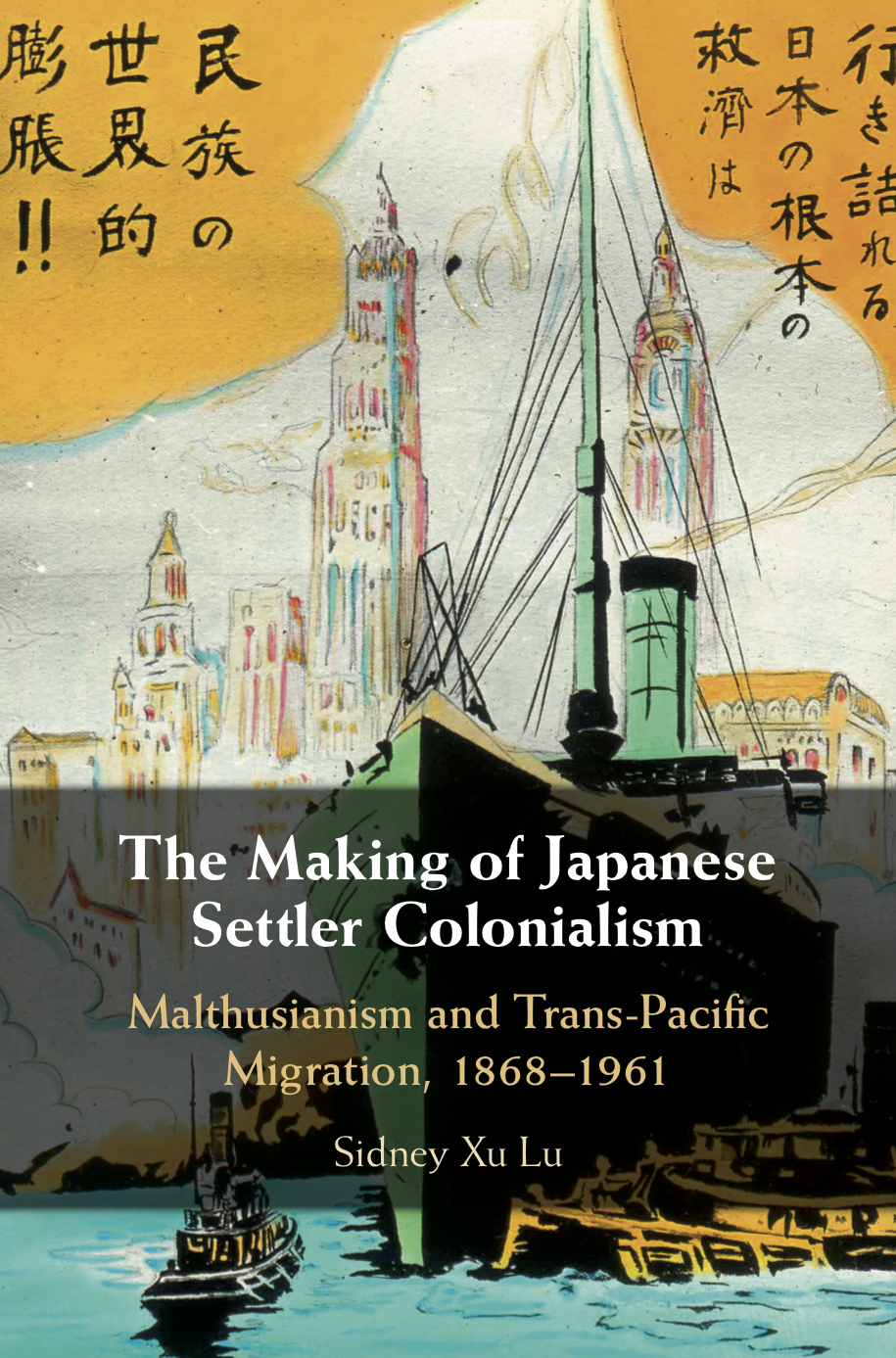 Sidney X. Lu is a social and cultural historian of nineteenth- and twentieth-century Japan, with research interests in the areas of migration, settler colonialism, gender, race, and global history. He earned his Ph.D. in history from the University of Pennsylvania in 2013. His current research explores the intersections between the histories of Japan and Brazil, and the historical convergence of Asia and Latin America in general, in the era of New Imperialism. In addition to his appointment in the History Department, he is also a faculty affiliate at Asian Studies Center and a core faculty member at the Center for Latin American and Caribean Studies at MSU.

His first book, The Making of Japanese Settler Colonialism: Malthusianism and Trans-Pacific Migration, 1868-1961, is a study of the relationship between Malthusianism, emigration and colonial expansion in the history of modern Japan. It explains how the discourse of overpopulation emerged in Meiji Japan and how it was appropriated by different generations of Japanese expansionists to justify Japan’s migration-driven expansion in Asia, Hawaii, North and South America from the beginning of the Meiji era to the 1960s. The study defines this overpopulation discourse as “Malthusian expansionism”. It was a set of ideas that demanded additional land abroad to accommodate the supposed surplus domestic population on the one hand and emphasized the necessity of national population growth on the other. As two sides of the same coin, these two seemingly contradictory strands of ideas worked in tandem to constitute the logic of Malthusian expansionism. It rationalized overseas emigration as both an ideal method to diffuse domestic tensions supposedly caused by overpopulation and an effective means for the empire to pursue wealth and power abroad.

At a concrete level, focusing on the discourse of overpopulation, this study examines Japanese expansion in a way that transcends the geographical and temporal boundaries of the Japanese colonial empire. It delineates ideological ties, human connections and institutional continuities between Japanese colonial migration in Asia and Japanese migration to Hawaii and North and South America from early Meiji to two decades after WWII. At a more theoretical level, this trans-Pacific study of Japanese expansion challenges the conceptual division between “migrants” and “settlers” in settler colonial studies, a conventionally Anglo-centered field of inquiry. By revealing the overlaps and intersections between the experiences of migration and colonial expansion, it reconfigures the scope, logic, and significance of settler colonialism in world history. It also sheds new light on the relationship between life and land and between bio-politics and geo-politics in the logic of modern imperialism.

He is currently working on his second book, A Great Convergence: Japanese Brazilian Migration in the Age of Empires. This is a trans-national history of Japanese migration and community building in Brazil. It examines the important roles of Japanese migration to Brazil in shaping and transforming Japanese colonialism in Asia and the memories of the Japanese empire in the post-WWII era. Through the experience of Japanese Brazilian migration, the study further highlights the shared experiences of Asia and Latin America in general in the age of New Imperialism. This multi-lingual and multi-archival research utilizes primary sources in Japanese, Portuguese, as well as English.

A Winner of MSU TOME Award for Open-Access Publication.

“Eastward Ho! Japanese Settler Colonialism in Hokkaido and the Making of Japanese Migration to the American West, 1869-1888,” Journal of Asian Studies (August 2019)

HST 389  World War II in Asia and the Pacific

HST 485  The Japanese Empire and Its Legacies

Gender and Sexuality in East Asia

Readings in the History of the Japanese Empire

Readings in the Histories of Empires and Migration