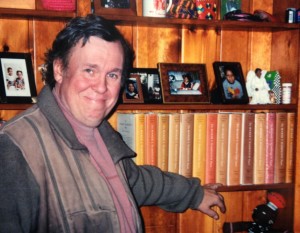 Michigan State University has lost one of the finest intellectuals in its history. On November 7, 2015, David Bailey – beloved husband, father, friend, teacher and colleague – died from cancer. He came to MSU in 1979 after a distinguished career as a student at the State University of New York, Buffalo, and the University of California, Berkeley, from where he received his MA and PhD. David Bailey was no ordinary professor.

Our memories of David will be deeply cherished and his influence long felt because he lived his academic career as a vocation borne out of a true love for learning, for students, and for his colleagues and out of a deep regard for the department and university to which he was so devoted. Many visited his office in the days after he died as an act of homage, reflecting on our enormous good fortune to have had David as a dear friend and wise mentor.

David is irreplaceable because he combined to a high degree the qualities of the scholar in the most timeless sense of the word. Above all else, he appreciated that he was in a privileged position to change the lives of students. He did this in part by conveying the richness of his own wisdom. As a lecturer, David had no rival, captivating his audiences with an easy brilliance, eschewing jargon and fashionable theory in the interests of inspiring his students to ask deep and honest questions. True to his dissertation research on the Civil Rights movement, David always strove to impart the principles of social justice. And his classes were never stale or ossified: he could teach the cultural and historical significance of hip hop as comfortably as he could classical music and jazz. Every bit as important as his subtle skills in the classroom was the time David gave to the students who sat in the leather armchair in his office to talk. In this chair hundreds gained a love of learning and confidence in their own ability to think independently and critically. There they also had the thrill of conversing with an extraordinarily intelligent man who never begrudged them the time to gain from his vast store of knowledge.

On late Saturday afternoon, as David was nearing the end, friends and colleagues read aloud to him letters written by adoring students. They exuded love, reverence and gratitude. It is a powerful testament to the respect and affection that David inspired that one former student jumped in his car with his family and started to drive to Michigan from New York while another headed to the San Francisco airport. They hoped to be able to express a depth of gratitude that many of us feel. 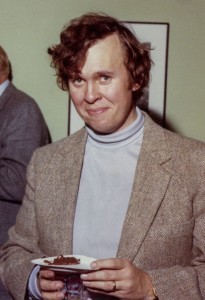 David’s brilliance arose in part from his breathtakingly broad understanding of human history. He had the genuine scholar’s passion for reading on virtually every topic, a thirst for knowledge exemplified by the custom-built shelves in his office that reached from floor to ceiling, two rows thick with books – all of them read, digested, and at hand to be pulled off the shelf to enlighten students or colleagues – and which caused serious structural concerns in Morrill Hall about the capacity of the floor to withstand their weight. The expansiveness of David’s knowledge meant that his colleagues, when straying into new terrain, could count on him to identify core texts and that he could inform and excite his students on a dizzying range of topics – from the history of religion and social theory to music, sports, space exploration, and the American West. He also wrote on a fascinating array of subjects: slavery and religion, Civil Rights, American philanthropists, and the opponents of Apartheid in South Africa.

David’s commitment to the History Department was as profound as his love for student learning. If there was a department event that he missed, there was always a good reason – usually that he was teaching. He was a model colleague, working tirelessly behind the scenes whenever things needed to be done. He was especially nurturing to junior faculty, always taking a keen interest in their work, supporting them with enthusiasm and good humor, getting to know their spouses, and becoming an honorary uncle to many of their children. He single-handedly made the department a more welcoming and human place. David also eagerly embraced ways of making the department and his discipline fresh and interesting. In particular he was a superb advocate for digital history: an early advocate for H-Net and an editor of H-Ideas, an online discussion of intellectual history; a longtime partner, advisor, and friend of MSU Digital Humanities and Social Science Center, Matrix; an innovative teacher of digital methods in the History Department’s Lab for the Education and Advancement in Digital Research (LEADR). Just weeks before he died, he gave a talk reflecting on his career entitled, with typical generosity, “Learning from My Students.” It can be listened to here.

All of David’s contributions – his passion for teaching, his devotion to friends and colleagues, his desire to teach and write about what matters – arose from a fundamental decency and humanity that will be sorely missed. His loving nature was never more in evidence than when taking care of his equally brilliant wife, the Economics professor Mary Cookingham, who tragically died from complications arising from multiple sclerosis in 2001. His legacy lives on not only in the students he taught and the friends who adored him, but also in his daughters, Jean and Liz, who both embody in their careers his lifelong commitment to kindness and justice.

David Bailey believed strongly in the university’s duty to help young men and women from disadvantaged backgrounds benefit from a first-class education. It is therefore fitting that his daughters, Liz and Jean, joined with the History Department to initiate a fund raising drive to create an endowment, David T. Bailey Undergraduate Scholarship Fund. After two years of effort, we have reached our endowment goal of $50,000! The fund can continue to grow. If you wish to donate, please do so here or send a check to the Department of History, 306 Berkey Hall, East Lansing, MI 48824.

If you would like to leave your thoughts, stories and memories of David go to the The David T. Bailey Undergraduate Scholarship Fund site; or if you prefer, send a note or letter to the Department of History, Old Horticulture, 506 E. Circle Dr., Room 256, Michigan State University, East Lansing, MI 48824.